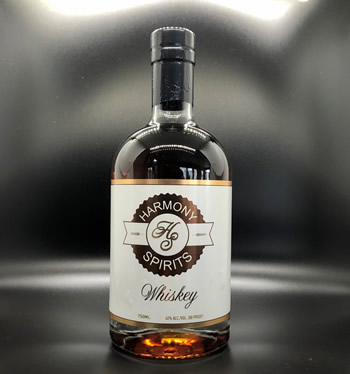 European colonists brought with them the practice of distilling whiskey in the 1600s. Local production of whiskey became important when England cut off supplies of rum and molasses during the American Revolution. As Scottish and Irish immigrants settled in the new territories, they began cooking new types of mash with the grains that were available, primarily corn. Many settlers used Whiskey as a form of currency during the American Revolutionary War. In 1791 the “Whiskey Tax” was levied by Alexander Hamilton on all domestically produced spirits in order pay for the debt of the Revolutionary War. The Whiskey Tax was soon followed by much unrest among US grain growers which gave birth to the “Whiskey Rebellion.” Farmers in western Pennsylvania were “intimidating” tax collectors to deny collection of the tax. In July of 1794 the home of tax inspector General John Neville was attacked by 600 armed men protesting the Whiskey Tax. President Washington responded by sending a militia force of approximately 13,000 to meet this resistance with force. The rebels disbanded before the arrival of the militia and fled, bringing the mass protest to an end. Ironically at the end of Washington’s political career he enlisted a Scottish Distiller to begin production of his own whiskey. Washington’s whiskey operation became the largest commercial distillery of its time!

Jefferson abolished the Whiskey Tax to assist small growers and enterprise. This was the only time in US history that there was no hard liquor tax. Lincoln reintroduced the liquor tax during his presidency as a “Sin Tax.” Lincoln’s tax included liquor, pianos, playing cards, feathers, yachts and cigarettes. Interestingly enough, Lincoln’s Sin Tax was the demise of the 1st and only other legal distillery, prior to Harmony Spirits, in Fillmore County, MN. This short-lived distillery, located in Historic Forestville, MN, and was known for their production of rye whiskey.

America’s next whiskey controversy was “The Noble Experiment”, otherwise known as Prohibition. The growing movement of Temperance helped to bring about the prohibition of alcohol consumption. Thankfully, this experiment was a failure! More than 30,000 speakeasies popped up throughout the country and have been inspiring “hipster” culture for nearly 80 year since. Prohibition was also the advent of bootlegging and high violence courtesy of organized crime. The mafia made huge profits from selling and distributing illegal liquor.

Today liquor distribution in the US is regulated by a three-tier system. The 3 tiers are importers or producers; distributors; and retailers. Basically, producers can sell their products only to wholesale distributors who then sell to retailers. Only retailers may sell to consumers. Harmony Spirits distributes in Minnesota through Johnson Brothers/Phillips.

Harmony Spirits Whiskey is aged in used bourbon barrels and bottled at 80 proof. Made with 80% corn, and 20% oats both grown in Fillmore County, Minnesota. This is an aromatic and smooth whiskey, with notes of sweet brown sugar and hints of vanilla that give way to rich toasted oak and dark peppery spice, best savored neat or with a few cubes of ice. Going forward we will be altering our Whiskey recipe to 52% corn and 48% oats. We have trialed the higher oat content and know that it will give our whiskey a more mellow and unique flavor with more notes of vanilla and creamy finish. Pick up a bottle of Harmony Spirits Whiskey in our tasting room or at your local liquor store, Pour some Harmony in your glass and enjoy! Cheers!