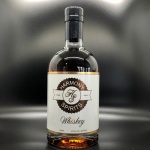 European colonists brought with them the practice of distilling whiskey in the 1600s. Local production of whiskey became important when England cut off supplies of rum and molasses during the American Revolution. As Scottish and Irish immigrants settled in the new territories, they began cooking new types of mash with the grains that were available, primarily corn. Many settlers used Whiskey as a form of currency during the American Revolutionary War. In 1791 the “Whiskey Tax” was levied by Alexander Hamilton on all domestically produced … END_OF_DOCUMENT_TOKEN_TO_BE_REPLACED 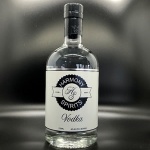 Vodka originated in Russia and Poland as early as 900 AD. The word “Vodka” is derived from the Russian word for water “Voda.” Vodka was first used as a disinfectant, antiseptic and fever reducer. Due to the flavor of the “crudely” distilled Vodka many people added fruits, berries or herbs to make the consumption of the Vodka more palatable. Vodka did not become popular as a drink until the 16th century. Russian farmers were producing the Vodka in their homemade stills to supplement income. Anything with starch or sugar may be used in … END_OF_DOCUMENT_TOKEN_TO_BE_REPLACED 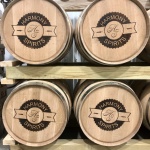 Did you know that Bourbon is whiskey with a set of rules? To call whiskey just “Bourbon” it must be produced in Bourbon County Kentucky. “Bourbon Whiskey” can only be produced within the United States. It must be made from a minimum of 51% corn and a combination of other grains. When it is distilled the proof must stay at or below 160. All Bourbon Whiskey must be aged in a new charred oak barrel at no higher than 125 proof. Bourbon must be a minimum of 80 proof at bottling. Harmony Spirits Bourbon Whiskey is handcrafted … END_OF_DOCUMENT_TOKEN_TO_BE_REPLACED